“I can’t get no satisfaction” from the ATO

Posted on November 3, 2010 by danielaccioly

The famous American scientist, inventor and statesman Benjamin Franklin (1706-90) once said: “‘In this world nothing can be said to be certain, except death and taxes”.  Since the introduction of the Pay-As-You-Earn scheme, developed by the British civil servant Sir Paul Chambers (1904–1981), tax revenues have raised substantially around the world as employers have started collecting taxes directly from employees from their wages and passing them directly to governments.

Most citizens have no option but to comply, and governments use tax benefits as a way to stimulate certain areas of the economy which would generate growth and benefit the country according to the policy-of-the-day of the current government. 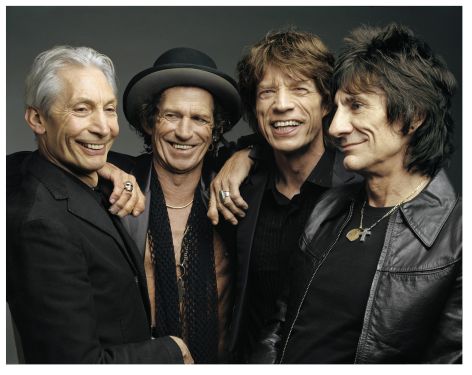 The Stones are tax-savvy. Shouldn't we all be?

An interesting curiosity is the band Rolling Stones recognising this and fighting back. Guitarist Keith Richards said recently that  “The whole business thing is predicated a lot on the tax laws”…“It’s why we rehearse in Canada and not in the U.S. A lot of our astute moves have been basically keeping up with tax laws, where to go, where not to put it. Whether to sit on it or not. We left England because we’d be paying 98 cents on the dollar.” This might not be an exaggeration and Governments are constantly trying to find ways to make sure they collect as much taxes as they can. However there is more than one way to do things.

Countries like Singapore and Dubai have very favourable tax regimes in order to encourage investment. Even China does that in Hong Kong. They rely on foreign revenues and revert it in infrastructure and development – creating an upward spiral of growth. On the other hand, countries like Australia and the United States try to make sure that they hold on to as much tax revenue from their ordinary citizens as they can. Australia for example, assesses income tax for their Citizens on worldwide revenue – if you are Australian and have revenues in other countries, even if it has nothing to do with Australia, you must declare it and pay the tax man. This can be a contradiction to the principle of income tax, as the revenue might not have been generated or related to anything in Australia. Although there are mechanisms in place to avoid double taxation, I personally believe this to be perverse and unfair – a country should tax revenues from its citizens but should only be allowed to do so if it contributes to it.

Naivety apart, governments just want to maximise their return. In order to achieve that, different rules apply to organisations (i.e. companies). While an individual is often taxed total (with some deductions permitted), corporate income taxes often tax net income (the difference between gross receipts, expenses, and additional write-offs) which are most of time audited by independent parties and declared on stock exchanges.

It all has to do with incentives. According to Steven Levitt, who wrote the best seller Freakonomics there are three types of incentives: moral, social and economic. Although the tax man doesn’t want us to know that, the ability for them to audit our revenue is limited and that is why they withhold our tax in advance from individuals. In regards to companies, heavy penalties apply if they misreport tax – so they feel compelled to comply. Also, the fact that most organisations need to report their net revenue to stock exchanges makes it harder for them to misreport.

Regardless, taxation has always been a controversial and complex topic and I would rather see a simpler approach. Taxation is indeed part of life – as Ben Franklin said we can’t avoid it – but why make it so complicated? We should all indeed contribute to our Government so we have decent public services and I would like to do it in a fair and simple way – is it too much to ask? Isn’t there is a way to make it simpler? I would love to see schemes like Hong Kong’s being replicated…

This entry was posted in Uncategorized. Bookmark the permalink.