As some of you might know I have been living in Singapore and will stay here for the next 5 months. It is a very exciting professional opportunity with an Accenture client and which will also allow me to experience South East Asia and enjoy all the interesting things the region has to offer.

I still live in Sydney though, and will be home at least once a month to put the affairs in order and see my good friends.

For now, I wanted to share with you a bit of the country which I am living at the moment:

Flag of the City-State of Singapore

The Republic of Singapore is city-microstate located in the south of the Malay Peninsula. It is an island approximately 10 Km2 positioned very close to the equator, consequentially having a very hot and humid climate.

Singapore used to be a British colony and the hub of the British empire in South East Asia. The region was occupied by the Japanese during WWII and returned to the British when the war was over. The state became independent in 1963 and a republic in 1965, joining the Commonwealth and the UN straight after that. 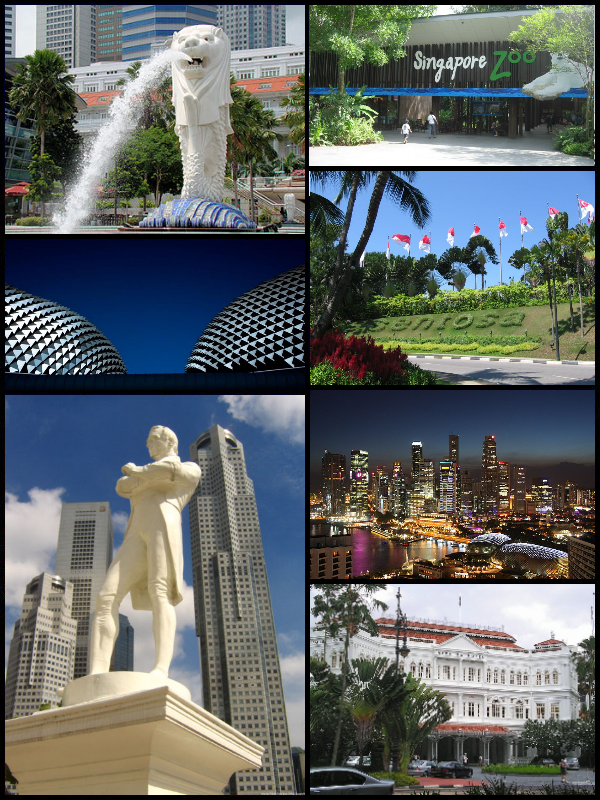 Since independence, Singapore’s has progressed to be one of South East Asia’s most impressive cities. The country has a very modern economy based on strong trade, education and urban planning. A strong centralised government provides the stability so foreign investment is abundant and assists driving growth. Many global organisations operating in South East Asia have their headquarters in Singapore, taking advantage of fiscal benefits, great infrastructure (Singapore ‘s port is one of the busiests in the world) and skilled English speaking manpower.

The population of Singapore close to 5 million people. The city is extremely diverse with Chinese people forming an ethnic majority and large populations of Malay and Indian. English, Malay, Indian, and Chinese are the official languages.

I will let you know more as I discover more!

This entry was posted in Travel and tagged merlion, singapore. Bookmark the permalink.